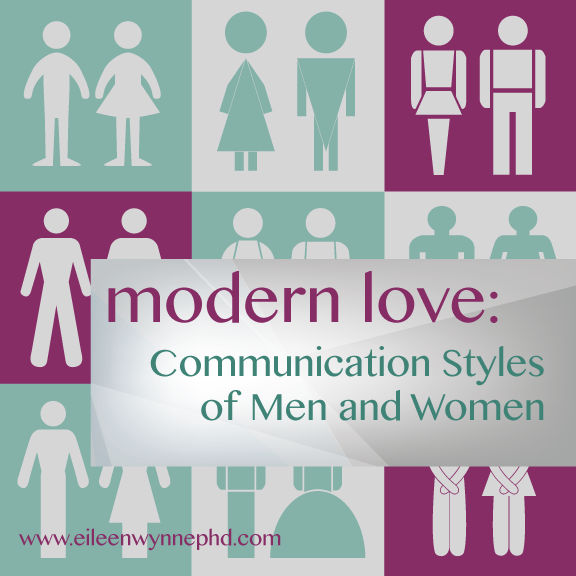 It is often noted that men and women communicate and process emotions differently. If we recognize, appreciate, and embrace differences, it can help us have more satisfying relationships. Let’s break down a few of the key differences in communication styles and look at how understanding them can improve our relationships. It is important to note that there are lots of exceptions to the generalizations below, I am simply attempting to shine a little light onto an issue that can cause conflict in many relationships.

Do male and female brains really process differently?
Perhaps. It is generally accepted that women are better communicators than men, they are better able to recognize emotional cues and are naturally more empathetic, picking up on myriad non-verbal cues from others. Women tend toward compromise and solutions that take into account the feelings of all parties involved. Men, however, are less communicative and more task-oriented. They are not as adept at reading and interpreting non-verbal cues and they tend toward independent problem-solving action when emotions are aroused. This is partly because men process from the problem solving left hemisphere of the brain, while women process equally between both hemispheres. This means men want to solve a problem with a linear series of tasks, while women may combine many approaches at once when problem solving. In women, the sections in the brain which handle language are markedly larger, making verbal communication easier, while the logic or “math” section of the brain is larger in men, making them want to solve problems by taking logical actions. This may be the reason men seem more focused on problem solving while women are considered more emotionally-focused.

How can this information help us communicate better?
Awareness of these differences can help remind us not to get frustrated when someone of the opposite gender doesn’t seem to understand us. It can also enable us to come up with intelligent communication solutions. For example, women can directly express their emotions and desires rather than expecting men to pick up on more subtle non-verbal cues. Men can practice verbally expressing emotions to women, rather than moving directly into problem-solving actions.

What are you thinking?
This is a question so common that it’s become a cliche, often, women become quiet when they are feeling hurt or unhappy. On the other hand, when a man stops talking, it can be an indication that he is in the process of solving a problem. Again we see that men’s brains are wired to direct them to action during times of emotion, whereas, women’s wiring drives them to discuss highly emotional matters. It takes longer for men to physically and chemically regain composure after an emotional event than it does for women which can also help to explain why men may want to take some action right away to help them alleviate increased levels of stress chemicals in the body.

The role of society in gender differences
No matter how similar men and women are, there are still some key differences. These tend to be magnified by the expectations and norms of society. Recognizing this can help us solve conflicts and develop stronger bonds. Cultural ideas of masculinity and femininity have added a layer of difficulty to communication between genders. Modern Western culture tends to allow women to be emotional and sensitive while pressuring men to be strong and unemotional. Generally speaking, men process emotions privately and tend to keep things to themselves for fear of appearing weak, while women are expected to talk about feelings and can freely cry and emote. In reality, everyone can benefit from communicating about problems and talking through conflicts.

Next time you have an emotionally charged exchange with someone of the opposite gender, consider the type of conditioning that they may have received and how they might be processing the situation differently. Remember that we all deal with highly emotional situations in our own way and that sometimes, even our gender can play a role in how we deal with conflict. When you take the time to consider the other’s point of view, you will be well on your way to more effective communication.